skip to main | skip to sidebar

Here are some alternatives to the hackneyed and backward, 12-page, month-to-a-view calendar, in the spirit of the time-honoured principle beloved of politicians and managers wanting to make their mark: if you can't make improvements, make changes.

2. The seek-and-you-will find calendar. This calendar has twelve pages like an ordinary calendar, but all the dates are spread randomly through the year. So, Thursday November 17 might be wedged between Sunday March 4 and Wednesday September 12th, all on the same page. Every time you added a calendar entry, you would have to hunt through the whole calendar to find where to put it; every new day, you would have to turn the pages on the calendar until you turned up the right entry\. This is, admittedly, harder to use than an ordinary calendar but it has certain philosophical advantages:

Why you should lie when asked for your personal data

Thou shalt commit adulteration.
The really annoying people are those who insist on taking your full name and address, both phone numbers, and your email when all you want from them is a one-off internet purchase. I'm beginning to think the answer is to lie.
If we all do this, we will adulterate mailing lists with worthless data. Think of the benefits: companies won't get as much for them when they sell them. Hackers won't bother breaking into cybersecurity to obtain damaged goods. We'll get fewer unsolicited communications. Everyone wins, once we collectively decide to stop giving people our valuable data for free.
Here's my false address. Do join me on East Mosterly Road in the now sadly defunct county of Clackmannanshire.
West Mosterly House
617 East Mosterly Road
West Mosterly
Clackmannanshire
Scotland
RU2 4LS ('are you, too, false?')
email: bogus@address.co.uk
Posted by Glenn at 6:00 PM 4 comments:

We wrote this icebreaker boys v girls quiz for our youth group. For answers, ask a member of the opposite sex. Use of the internet is not allowed. Blue questions are for boys, pink-ish for girls.
1. If a girl asks 'does this make me look fat'?, and it does, what do you say?
2. What is this? 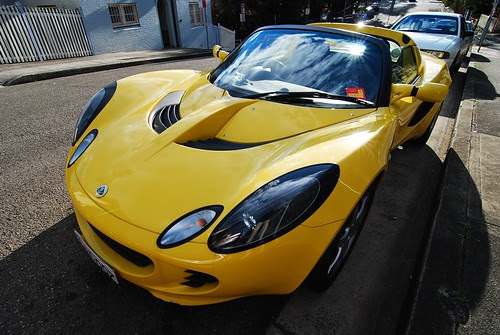 'A yellow car' is not the right answer

3. What is the difference between shampoo and conditioner?
4. Name five different dinosaurs.
5.How many calories in a Creme Egg?
6. What soccer team has Fly Emirates on its shirt? (Clue: It isn't Abu Dhabi United)
7. What is this?

barbaric instrument of torture is only partly right

8.Arrange these curries in order of heat: korma, vindaloo, rogan josh, phaal, madras.
9.What is the difference between mascara and eye-liner?
10. How many cylinders does a normal family car have? What is a cylinder?
11.What colour was Kate Middleton's engagement dress?
12. Name the three (so far) Bourne movies.
13. (Tie-breaker) How many pairs of shoes does a person need?
Posted by Glenn at 9:56 AM 1 comment:

Great ideas: Clothes that tell you when they are out of fashion

I'm really surprised no-one has thought of this before.

Every piece of clothing you buy comes with a chip containing basic details which can be interrogated by smartphone.

Then you have an app on the phone -- call it 'Big Sister'. Put on an item of clothing that you fancy wearing tonight. Your pants/trousers, say. (Yeah, I know, pants are the second item of clothing but I'm assuming some basic apparel literacy here.) Then, scan your wardrobe with your smartphone.

The Big Sister app tells you if that T-shirt (a) matches (b) is still in fashion and (c) by consulting with the ambient weather, if it's warm and dry enough for the local conditions.

This is so cool. It might even say, 'You've warn that a lot. Maybe it's getting shabby?'
The app can also interrogate you calendar to let you know if (a) the garment suits the venue and (b) if the person you're meeting has seen it before.

All these problems of matching colours, styles, dressing appropriately: gone in a moment. Every day you'll be dressed stylishly, suitably, uniquely.

In the name of helping people everyone who find clothing confusing, and to whom real Big Sisters say the dread words 'You're not going out in that?', I waive all copywrite and patents on this idea.
Posted by Glenn at 3:33 PM 3 comments:

The Thousand Autumns of Jacob de Zoet by David Mitchell
My rating: 4 of 5 stars
This novel deliciously takes you by the ankles and dips you headfirst into the fast-flowing stream of another time and place.

In this case, it is the Dutch East India Company's factory in Dejima off the coast of Nagasaki, in the dark years after Japan had crucified or tortured to death the Christians baptised in the 17th century by Francis Xavier, and before the country was prised open to the outside world in the nineteenth by the American naval captain Perry.

This is an occultic, honour-and-shame, totalitarian and feudal Japan. With this scenery and these props, David Mitchell smoothly takes his characters through a story of betrayal, power struggles, love and courage. It's such an exhilarating experience you overlook bits of contrived plotting or slightly underdone characters (particularly the female protagonist). A bit brutal and graphic at times, not really a romance, but a lavish feast of a book and I loved it.
Posted by Glenn at 9:53 AM 1 comment:

This will work!
So many of our former MPs get themselves recycled as celebrities.
Michael Portillo chugs around Britain with his Bradshaw's railway guide, meeting slightly baffled people who wonder what the attraction can be in his new life in the sidings.  The decent and charming Matthew Parris is everywhere, having made much more, I hope it is fair to say, of his status as 'former MP' than he did as an actual one. Baronness Shirley Williams was rejected three times by the electorate, quite a record, but still has somehow become the Judy Dench of former politicians. Nadine Dorries clearly is bouncing up and down at the back somewhere saying to TV companies, 'Pick me, oh pick me!"
Some in the political classes, surely, come to politics not merely from a passion for social justice but to be famous. And given the opportunity, they find it congenial to drop all the social justice/claiming expenses/ being elected tedium and crack on with their TV careers. I do not criticize them for this. Well done them for entering the political fray even if it was for a short time and as a stepping stone to something else.
But we are missing a trick here. See how, for example, North Korea's dictators have desired nothing really in life beyond a photo with an American president.
The best way to get rid of the Kim Il Sungs and even the Bashir al-Assads of this world is not a large strike with some huge bazooka, happy though that would be. The UN should immediately create several jobs with associated limousines, offices, secretariats. It wouldn't cost much. Here are a few suggestions:


General Secretaries of these bodies get 15 minutes a year with two or three world leaders of their choice. They get to issue reports and do press conferences. They can travel wherever they like, in their own modest jet. A flat in Geneva would be helpful. Bodyguards? Of course. An office and house in whatever world city they choose to make their home. A generous salary and expense account. Offer these jobs to whichever dictator is most pesky at the time and watch peace break out as his people dance in the streets.
The British trialled this, of course, with Tony Blair. It worked, thank goodness, and it's still working: he doesn't suspect a thing. High time to roll it out across the world.
Posted by Glenn at 9:47 AM 3 comments:

'Concepts are idols. Only wonder understands' Gregory of Nyssa. From a forthcoming book I am having the privilege of reading.
Posted by Glenn at 3:54 PM 2 comments:

Labels: tweeted
Older Posts Home
Subscribe to: Posts (Atom)
This is my writer's notebook, home of rough notes and brilliant ideas (except they may not look so brilliant a week later).
I blog more intentionally and frequently at slowmission.com, exploring the landscape between faith and doubt.
Tweets by @Glenn_Myers

Here's where I waste my time